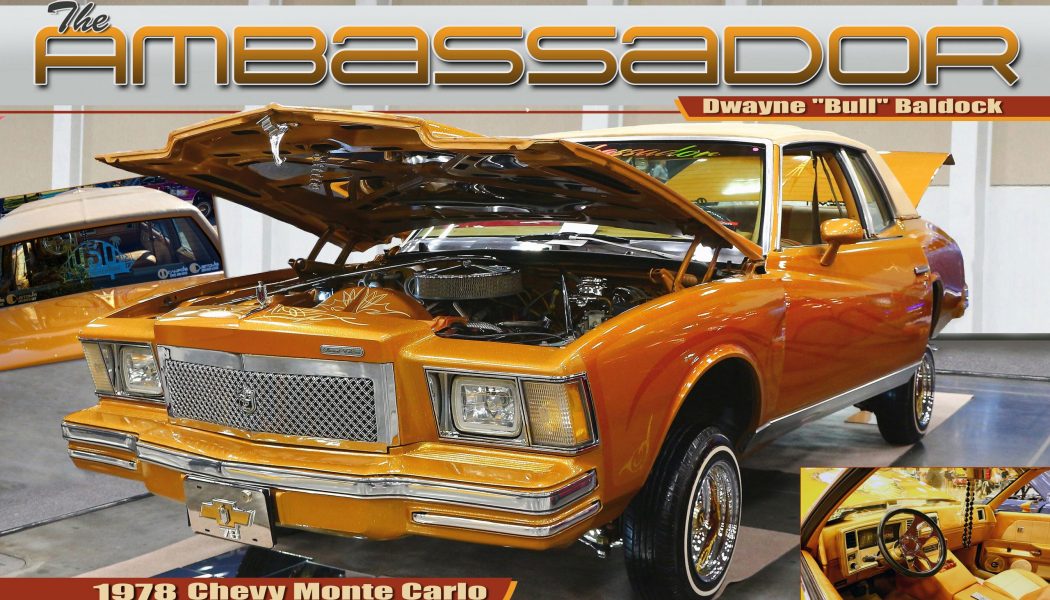 Name: Dwayne “Bull” Baldock I’m originally from Queen’s N.Y. My passion for cars began as a boy helping my Dad work on his 1966 Impala SS and his 1971 Monte Carlo. Which the M.C. he gifted to me upon graduating high school. I drove it down when I moved to VA in 1991. Settling in here I picked up my 1st copy of Lowrider Magazine in a 7/11 and just knew one day that I would build one. The 1971 Monte Carlo I had was supposed to be “IT” but it got totalled in an accident. As fate would have it, with the help of my Dad I purchased a rough looking great running 1978 Monte Carlo. I never gave up on my dream of owning and building a Lowrider. The Lord heard my prayers and I met and became a member of a local lowrider club called Street Dreamz. Shortly there after all the attention I was going to put into my 1971 Monte went into my 1978 Monte Carlo I named “Golden Child”. After showing from 2008 – 2013, I left the club and “Car Scene” to pursue the calling of the Lord into Ministry. For the next few years my car only came out of the garage primarily for special charity or church events. I felt these were great ways to give back to the community. In 2017 I got a new commandment from the Lord and I submitted and dedicated my Lowrider passion to the Lord for the Kingdom. No matter what you drive or ride, that vehicle is an extension of you. That being said it was time to change the name of my car to reflect my 28 yr. Christian journey. “Golden Child” ceased and the “Ambassador” was born! Being obedient to God opens doors of blessings, some you don’t even expect! 3 yrs ago my car caught the attention of the late, great Kita Lealao founder of USO C.C. where he extended me an invitation to join USO. Needless to say after some serious praying, the Lord blessed me. I am now USO4LIFE! Much love and thanks to my Lord and Savior Jesus Christ, my wife Jojo, my Street Dreamz and USO brothers and a host of great friends for helping me build this car!